The Digital Entertainment Asset Pte.LTD (DEA) has announced that the in-game currency DEP, (DEAPcoin) will be listed on OKEx this April.

PlayMining is an entertainment platform on which users can buy & trade items, such as virtual cards that can be used in games, like the new card-based fantasy battle game ‘JobTribes’. DEP is the Playmining’s native currency, which can be earned by playing the site’s games and reading some of the exciting digital comics available on the platform.

DEA has announced that it has taken on Shiina Shigeru, and Yoshida Naohito as CEO. Mr. Shiina Shigeru, a former president of PwC Japan and vice president of KPMG Consulting, has formally joined DEA’s business team, and together with Mr. Yoshida Naohito, an entrepreneur with three successful companies in Japan, these two co-representatives (Co-CEO) will work together to build a strong business system.

As a student of AI technology in the NEC Central Research Institute, Shiina published a number of papers, and also obtained a number of successful franchises. In order to promote the application of AI in society, he later turned to the consultancy industry.

Shiina Shigeru spoke about how he hopes to use his experience to help PlayMining succeed,

“While it’s amazing to be involved in an innovative business, it’s just a matter of carrying out the spirit of challenge I’ve had so far. I hope to make the best use of my experience so far to create a career that will bring impact to the world.” 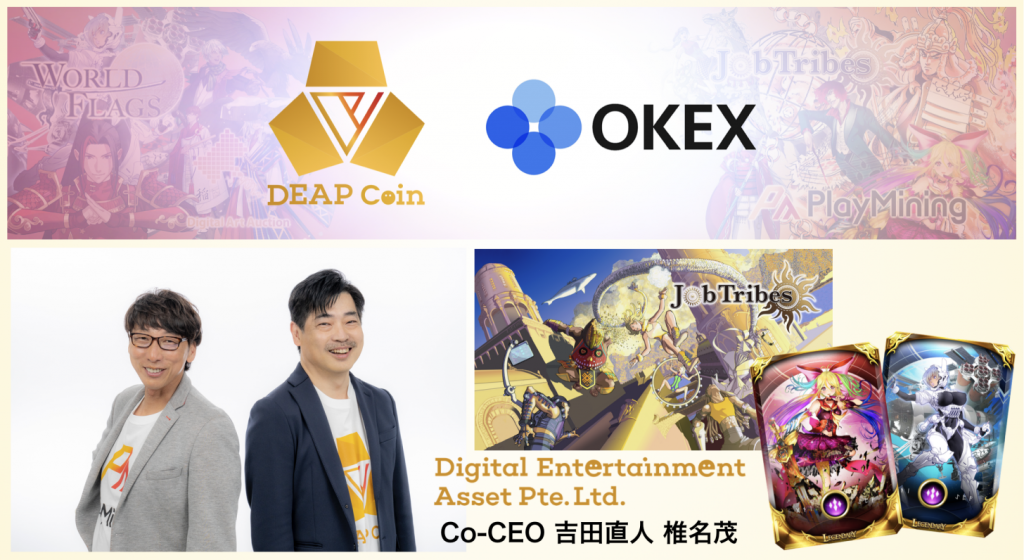 Starting as a magazine editor, Yoshida Naohito developed the animation game company GLAMS at the age of 28 followed by three different companies in the human resources, content industry, and advertising industries.

JobTribes, a blockchain based card collecting battle fantasy game will be made available in closed beta test at the end of March. PlayMining intends to give priority to users who sign up for membership from the game’s official website. Any players who participate in the closed beta test will receive DEAPcoin or game cards, as a reward for helping the platform produce the best possible gaming experience for all.

The Digital Entertainment Asset Pte.LTD is the source of this content. Virtual currency is not legal tender, is not backed by the government, and accounts and value balances are not subject to consumer protections. This press release is for informational purposes only. The information does not constitute investment advice or an offer to invest.